" A balanced intellectual property (IP) is somewhere between " protecting and sharing ", says Tru Dô-Khac, founder and President of the group "

" Protecting, that's the exclusivity of exploitation(operation) given to the authors of an invention, with the underlying idea of monopoly. Sharing, that's is every one to benefit from an invention, without particular return for the inventor, what is not satisfactory as well. It is necessary to reconcile both. "
Patents, copyright and creative commons
Under a balanced intellectual property, every one would be able to access to creation and invention while the owner would receive a fair compensation.

" In the industry, protecting is achieved through patenting", reminds Tru Dô-Khac. "But is it ethic enough, for example, to patent medicines which decide life or death on people ? In publishing, the works are under Copyright. But is it sustainable to restrict dissemination of knowledge? "

Alternatives to these regimes of exclusion could be inspired by the industry of information technologies.

" In software industry, instead of a business model based on royalties paid by users to the editors, Opensource invites to an alternate model where the authors are paid through delivery of professional services coupled with the software : adaptation, installation, assistance, etc. Between the monopoly and the public domain, we see some emerging practices such as Creative Commons to sustain a balanced IP policy.


Associated with other professional groups of the alumni association

X-Propriété Intellectuelle (X-PI) was acknowledged by Ecole Polytechnique Alumni Association (AX) in October 2008. As today, there are around seventy members, from junior to senior levels. They are authors, entrepreneurs, business managers, professors, researchers, students, in a nutshell, users of intellectual properties. Of course, as Ecole Polytechnique curriculum prepares to a vast spectrum of professionnal paths, there are a bunch of IP specialists: lawyers, patent engineers, etc.

Aligned with the mission of raising awareness of IP among Ecole Polytechnique community, (1) no membership fee, but a simple contribution to the expenses occuring during the various "events" which invite X-PI members to discuss in a friendly atmosphere on various IP facets, and (2) a policy to associate other professional groups of the alumni association to the events.


" For our first event, we organized the venue of the deputy managing director of the Agence pour le Patrimoine Immatériel de l'Etat (Agency of the immaterial holdings of the State). Then with X-Finances group, we had a look at big business with an event on emerging IP market places. Later, we welcomed the authors of "SME: take on the intellectual property", a work sponsored by the French administration. Last June, we organized a debate on the patentability of the genes in association with the X-Biotech group. As these genes were concerning the cancer of breast and of the ovary, it is clear that the stakes exceed the purely economic sphere."

"We can imagine a knowledge economy regime where all rights on creations and innovations would be swapped with reputation and recognition : reputation and recognition source relationships with potential clients. Of course, a prerequisite is the respect of intellectual property regulations and contractual agreements, but it requires upfront intellectual honesty and integrity to recognize and acknowledge prior creations and inventions. 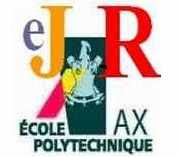